The final way I took advantage of an empty London before Christmas was to go down to Earlham Street Clubhouse with a few friends and not even bother to make a reservation.

I knew the place had a sort of retro 90s feel (how I am groaning that the 90s are now considered retro enough to be a theme) that did pizza and cocktails, which seemed like the perfect combination over which a group of girls could have a gossip. 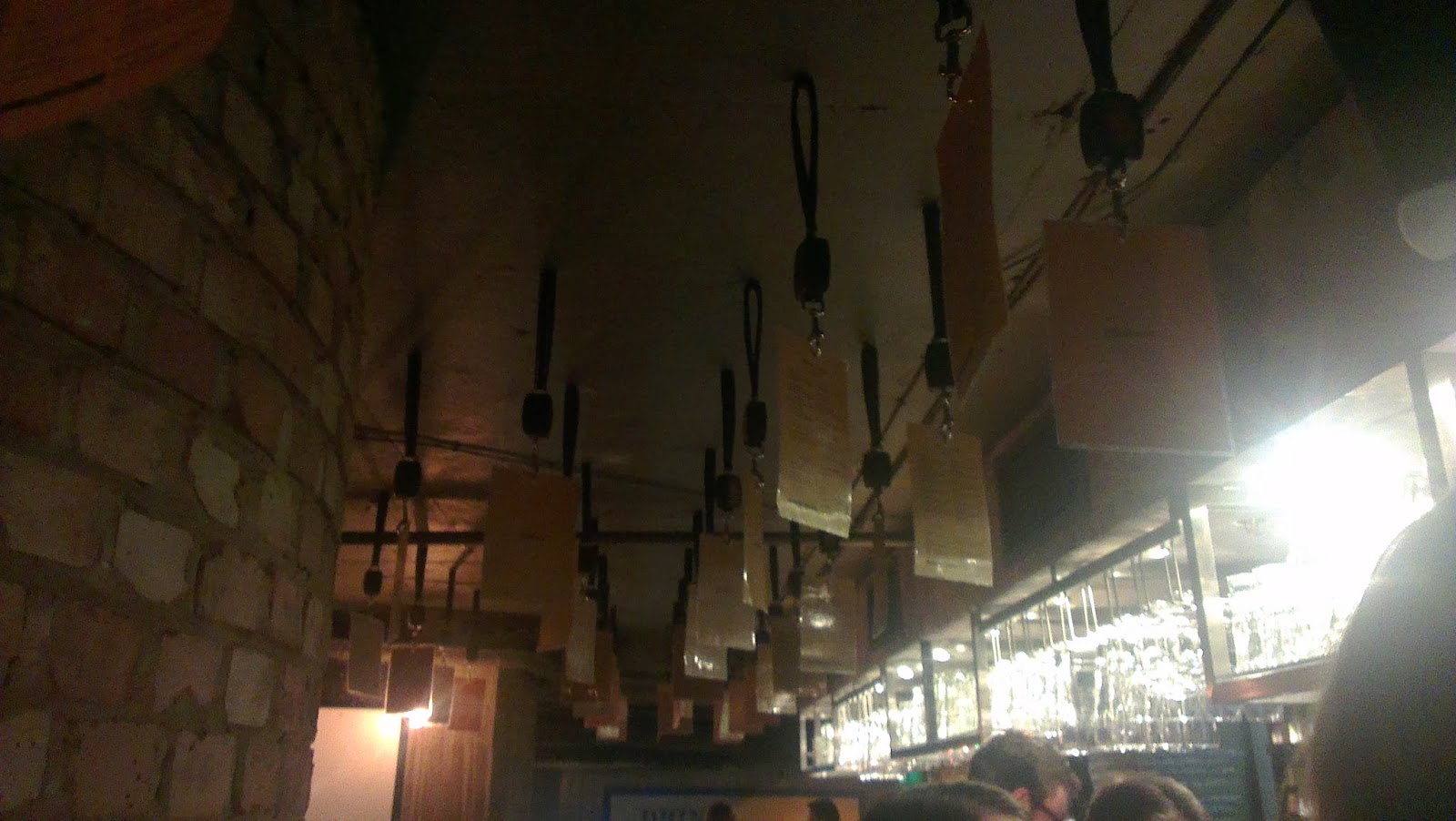 It actually wasn't as retro as I was picturing - it was in fact, quite stylish, with white plus booths in cosily lit smallish nooks. Only the odd touch provided the 90s reference points and a bit of quirk - the hanging cocktail menus for example (practical as well as fun) and the burger phones at every booth. I'm sure I remember reading that you could call up other booths to have a flirt or whatever, but when we tried calling our own booth from the phone next door, nothing happened. Disappointing. 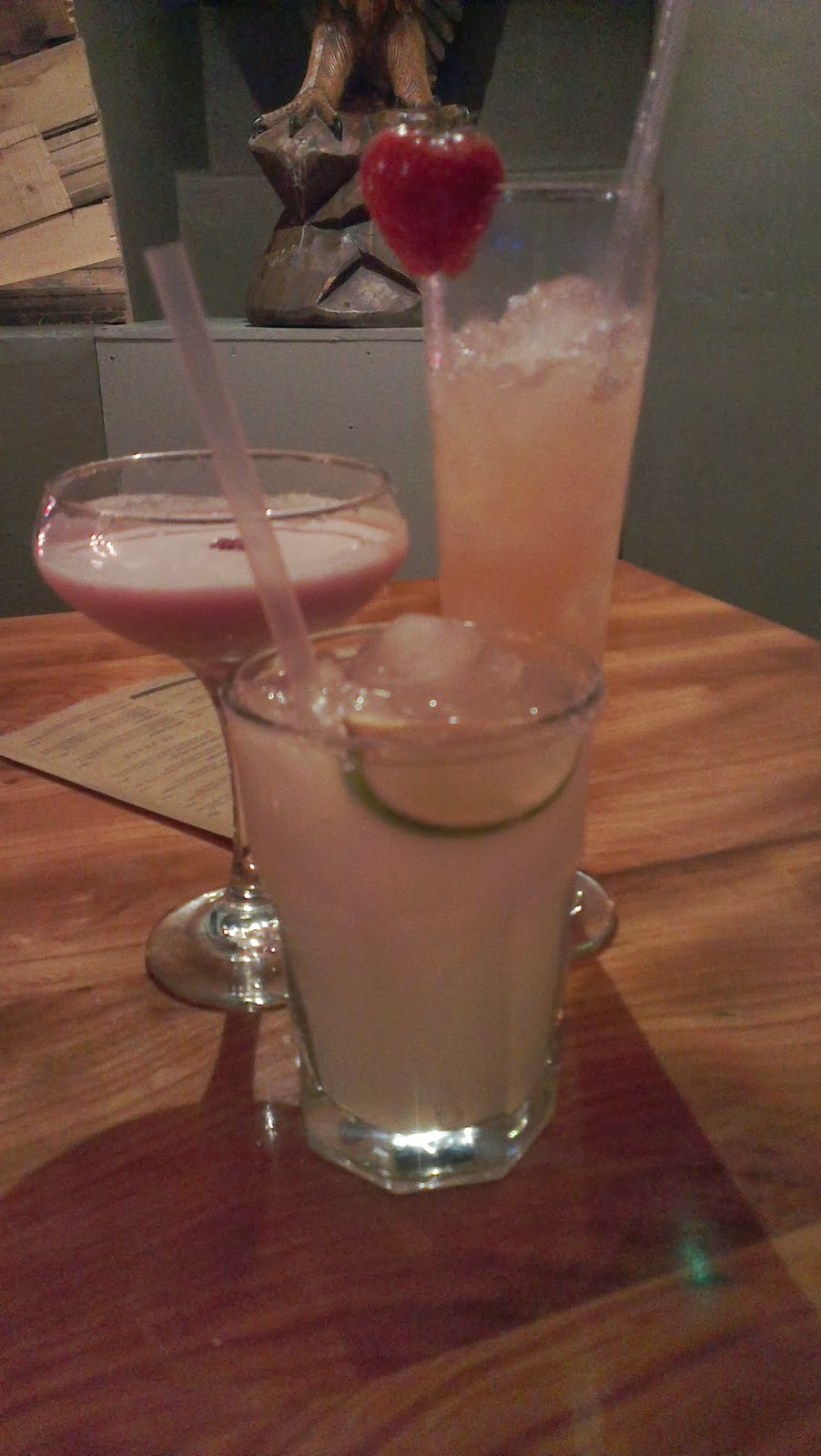 It was all a tad disappointing actually. We had two cocktails apiece and we weren't blown away by them all. My Axel Foley with Don Julio blanco tequila and ting was refreshing but a little bland with not much fizz to it, and my friend who had the Heather's Revenge also said it was a little watery. The Prom Queen I ordered for another friend was more successful - the strawberry puree and cream made it a touch more indulgent, and so was my second drink, the Power Ranger which had more of an alcohol kick with its bourbon base, and apricot jam and red wine providing the interesting flavour. They were all very reasonably priced though, at £7.50. We all cringed at and delighted in the awfully corny names they had for everything, which, being 90s babes, all meant something to us in some way.

The only food they serve at the moment is pizza, each of which comes with another silly, 90s-reference name. You can get a few of them by the slice, or in 12" or 18" mode. For the true American feel, you should really get the 18-incher. My friends' eyes practically popped out of their heads when the massive pie was set down in front of us, but they haven't had the real deal before. This wasn't it, of course, but size-wise it came close. You could almost fold these slices in half. However, I was in the States recently and two slices of pizza there filled me up. Here, I easily managed to eat half the pizza and still not feel completely sated. Admittedly, they don't claim to be serving NY-style pizza, but given the American theme, you sort of assume that's what they're aiming for.

So me and my friend Claire shared a Screech - salami picante, chillies and oregano, and my other friends had a 12" each - one The Fresh Prince with mushrooms, fennel sausage and scamorza and one the Marty McFly with mushrooms and ricotta. 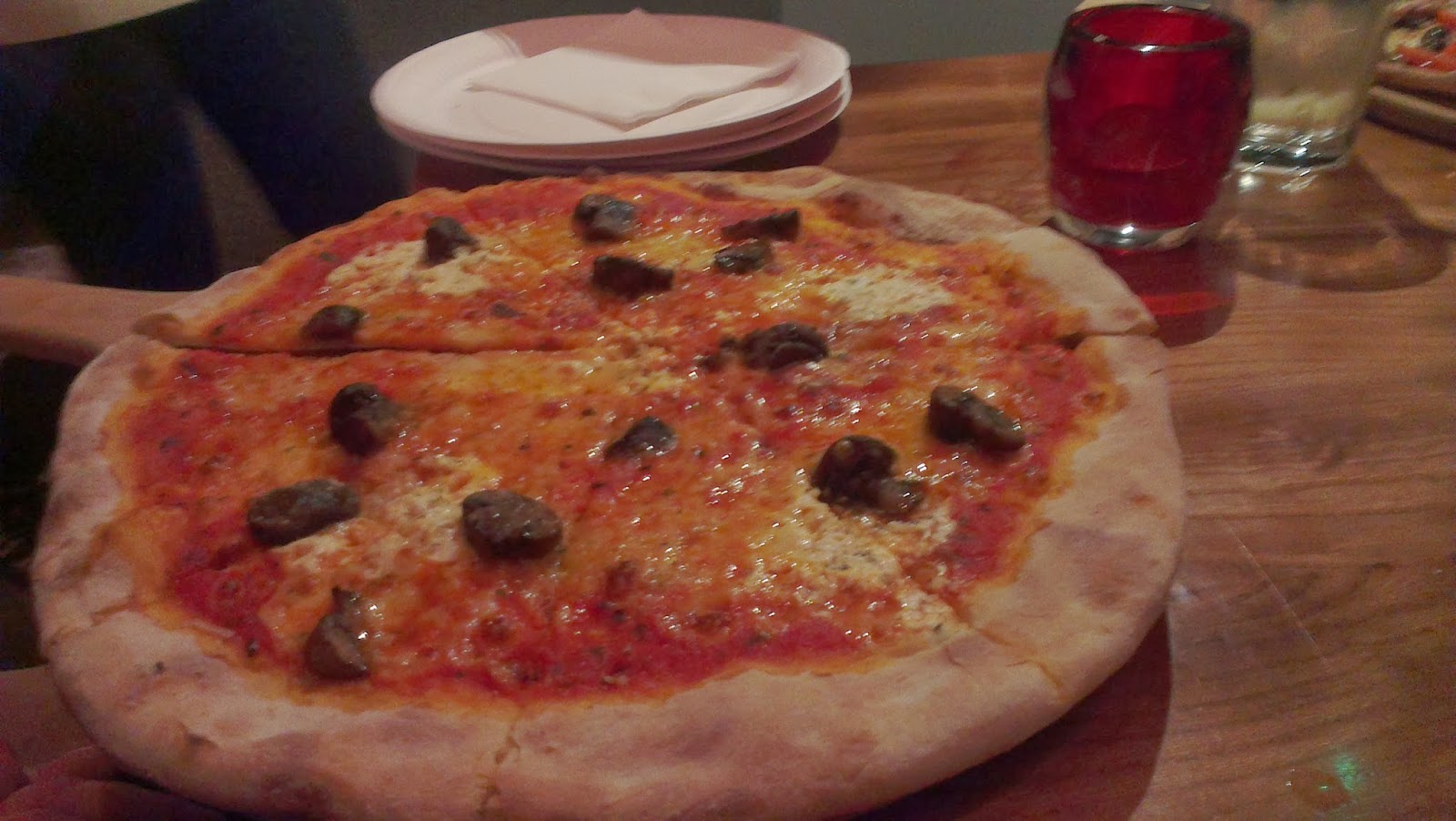 I thought my pizza was okay, but it didn't excite me the way Voodoo Ray's did when I first went there, or Homeslice. Perhaps my ingredients were too ordinary, though I love even the 'boring' margherita at Homeslice. The Screech was a spicy one but the heat was inconsistent - only appearing every couple of bites. Having said that, the chillies did pack a punch when you got one. The base was nice and crispy but I think it could have done with larger pieces of salami. Or less crust. Or more tomato. Or something, just something to make it a little more memorable. The others seemed to like theirs, but there were no squeals of delight. I get the impression they all just thought it was pretty standard pizza. 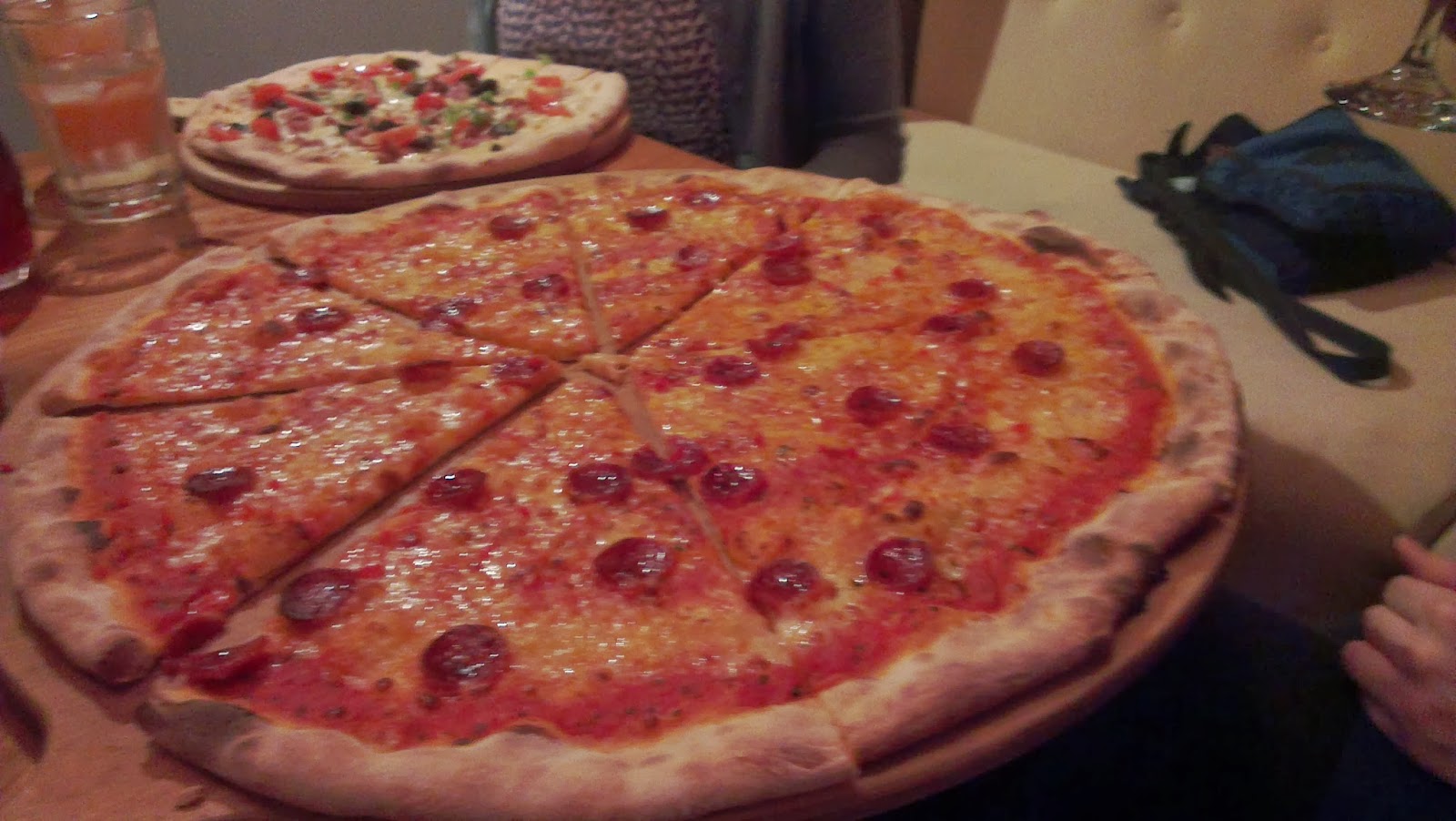 It served its purpose of being somewhere casual to hang out with a group of friends, and cocktails at £7.50 are nothing to be sniffed at, especially in central London so it's good to have this 'in your back pocket' if you find yourself in town, and want somewhere that's not going to decimate your wallet. But given the plethora of new bars in London, this isn't one I'm aching to return to.

Find the menu & restaurant information on Zomato
Posted by Ginglesnuff at 1:51 PM