Morning Gloryville is not on my List and would never have been put on my List because I would never realistically get up at 6 am just to go raving. Before work. I barely like getting up that early to go on holiday, let alone something I do most weekends.

But, they decided to launch a weekend version, which – provided I didn’t go out to all hours the night before – I thought wouldn’t entail getting up too unreasonably early for me. Of course, me being me, I didn’t end up going to sleep until around 3 am anyway on Friday night, but I was up at 9 the next day and at the venue just after 10. (Why oh why when it is normally held at Oval Space, within walking distance of my flat, did it have to be all the way over in West London?!) 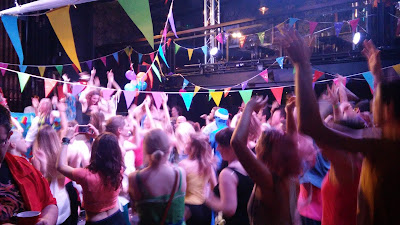 Anyway, I went and I had an amazing time. I danced from the moment I got there to the moment they finished. At first I was worried. I had been concerned it would be a bit too hippiefied for me and the song playing when I arrived was something ‘uplifting’ which is not my thing. I like bass and I like it dutty. But soon they were playing all sorts, especially a lot of drum n bass and I didn’t want to stop dancing. Right at the end it all got a bit too spiritual for me, with everyone participating in a ‘grounding’ but overall I really loved it.

And what was especially good about it was that after three hours of solid dancing, I felt I could treat myself to a brunch at the Electric Diner, a short walk away. I went for a slightly healthier option as I fancied getting a milkshake too, so I had avocado on toast with a poached egg. The place was pretty buzzing but they managed to squeeze me in at the bar, which is perfect for solo dining. 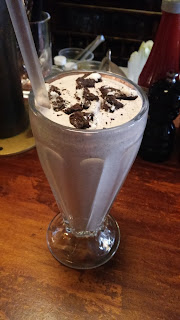 I have to say I didn’t love it. It just wasn’t hot enough! A less than lukewarm poached egg is not optimum and the toast could have been… toastier. The avocado was nice enough but the chilli did not have a big enough hit. My Oreo milkshake was pretty good. It was certainly thick and creamy and had actual ice cream in it. The only thing I would say about that is I had to ask for a spoon because all the oreo collected at the bottom and it’s a bit odd they didn’t provide one with it straight away. All in all, it didn’t leave me with a desire to rush back and try everything else on the menu. 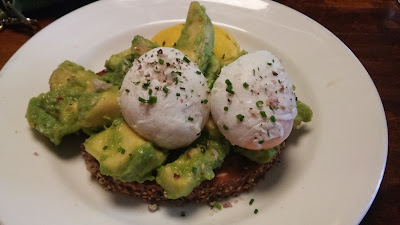 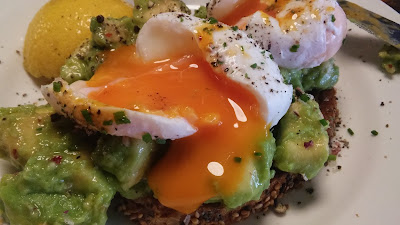 Posted by Ginglesnuff at 1:34 PM